Tucked away up in the Highlands, it is the beauty of the area that compels over 25,000 tourists to visit Oban every year. Oban means ‘the little bay’ in Scottish Gaelic, which is a very appropriate name for this little town nestled within the Firth of Lorn. As one of the largest settlements in the area Oban is a great stop off for people touring the Highlands.

from Bonaware granite, this classical looking structure is actually only around 130 years old. Often referred to as ‘McCaig’s Folly’ the structure was commissioned by John Stuart McCaig a wealthy philanthropist in the 1800’s. Originally planned to house statues of his family to be commissioned within the walls, as well as a museum and central tower. Unfortunately for the project McCaig died of a heart attack before the project could go any further, ending further construction and leaving the somewhat sombre and ruinous aesthetic that further leads to the structure looking older than it is. The views from the tower are spectacular, allowing you to easily see the whole of Oban as well as a good view over the bay. All in all it’s well worth the short 10 minute hike and, and is certainly a cheaper way of seeing a coliseum than going to Rome! 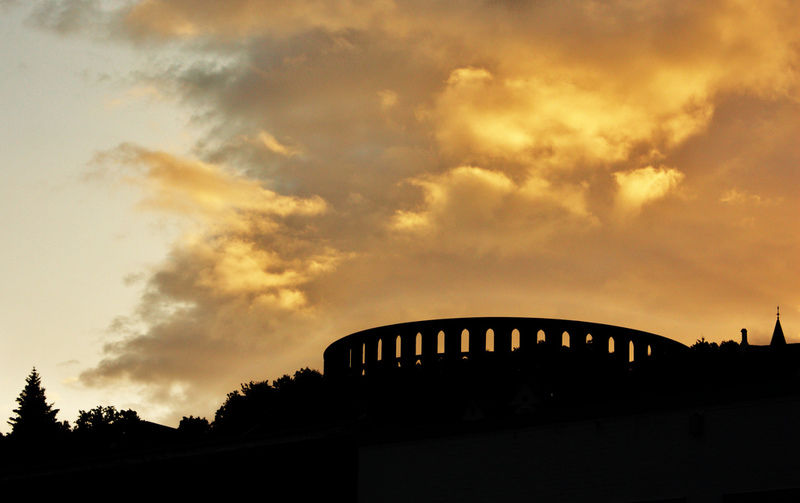 Travel the Coast Around Oban

Being situated between Helensburgh and Fort William on a beautiful sublime stretch of coastline, Oban is a great stop off point You can also take the 45 minute ferry over to the isle of Mull, in order to see the sights of the island and perhaps check out it’s Whisky distillery in the town of Tobermory.The stretch of road to the north of Oban is chock full of points of interest, including some beautiful sites but also some bloody battlefields from the past. 25 miles out of the town is the ominous site of Castle Stalker, a fortification that is only accessible at low tides. The Castle itself is privately owned but it can still be visited (see opening times) . If getting back to nature with a lovely hike is more your thing, Glasdrum Wood is a beautiful nature reserve just north of Oban. The woodland mainly consists of Ash and Oak and has a spiritually ancient feel to it. Because the trees are so ancient and massive, there is enough space between them for light to break through the canopy, creating an awe inspiring glow at certain times of the day and making it a must do for ramblers visiting the area. 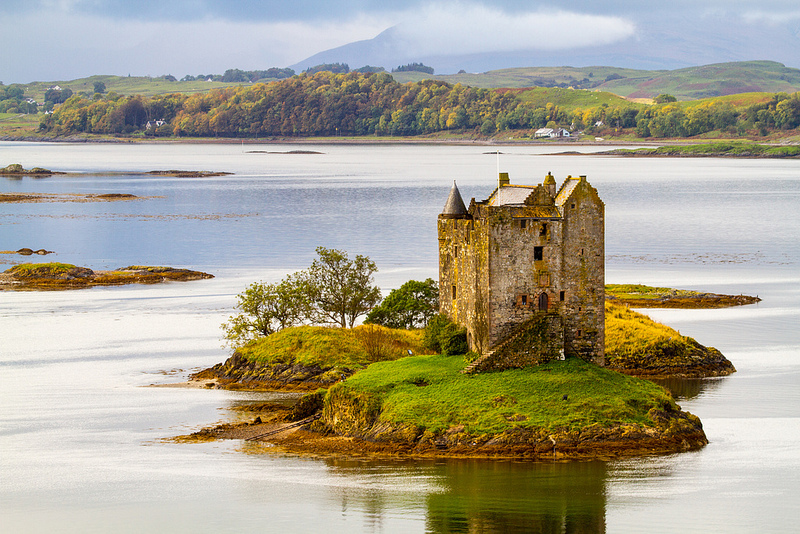 Oban harbour itself is both picturesque and fairly busy for such a small remote town, and has been described as the gateway to the western isles. From Oban Harbour you can take the ferry to The Isle of Mull, The second largest island in the Hebrides. The harbour itself is bustling despite its relatively small size with roughly 13000 vessels coming in and out of the harbour annually. The colourful buildings on the waterfront make for some beautiful photo opportunities, especially at times when it is sunny (sunrise/sunset), or when sun is breaking through a cloud. 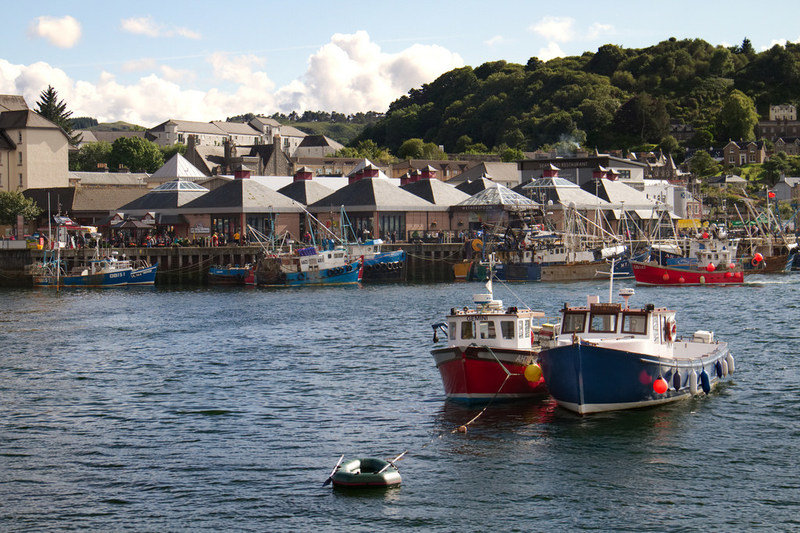 Finding campsites near oban shouldn’t be a problem with the area being a popular destination for those touring argyle and the wider Highlands. After long days of driving, you'll need a great place to rest your head, so take a look at these three campsites in and near Oban.

A mere 11 miles from Oban you'll find this clean and organised campsite, the safe choice for a hassle-free holiday.

Escape modern life but remain within a 10 minute drive of the centre of Oban, and can you really beat waking up to a sea view?

Prices start from £18 per night

This well maintained site will provide you with the ultimate relaxing holiday, with the sound of gentle waves to lull you to sleep. 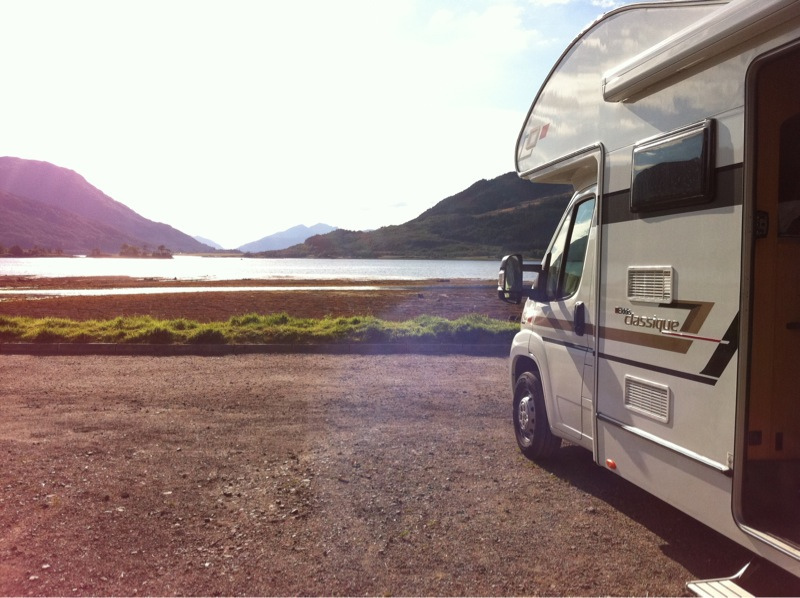 Could Oban be your next holiday destination? If so you can find plenty of motorhomes in Scotland to get your adventure underway!

Jake has had the good fortune of living in various countries, loves having adventures and trying cuisines from all corners of the globe. That being said, he has a special fondness for surfing and exploring the coast of his home, the UK.
Related posts
Itinerary for Driving the South West Coastal 300 in a Motorhome
5 Campsites in Scotland Open All Year
Is Motorhome Travel for You?
How to Have the Best Road Trip through Scotland
Follow us on Instagram

Rent out your Motorhome
More information
Want more inspiration?
Subscribe and receive great tips, promotions and inspiration for your next motorhome trip, straight to your inbox.
Subscribe
Or create a new account